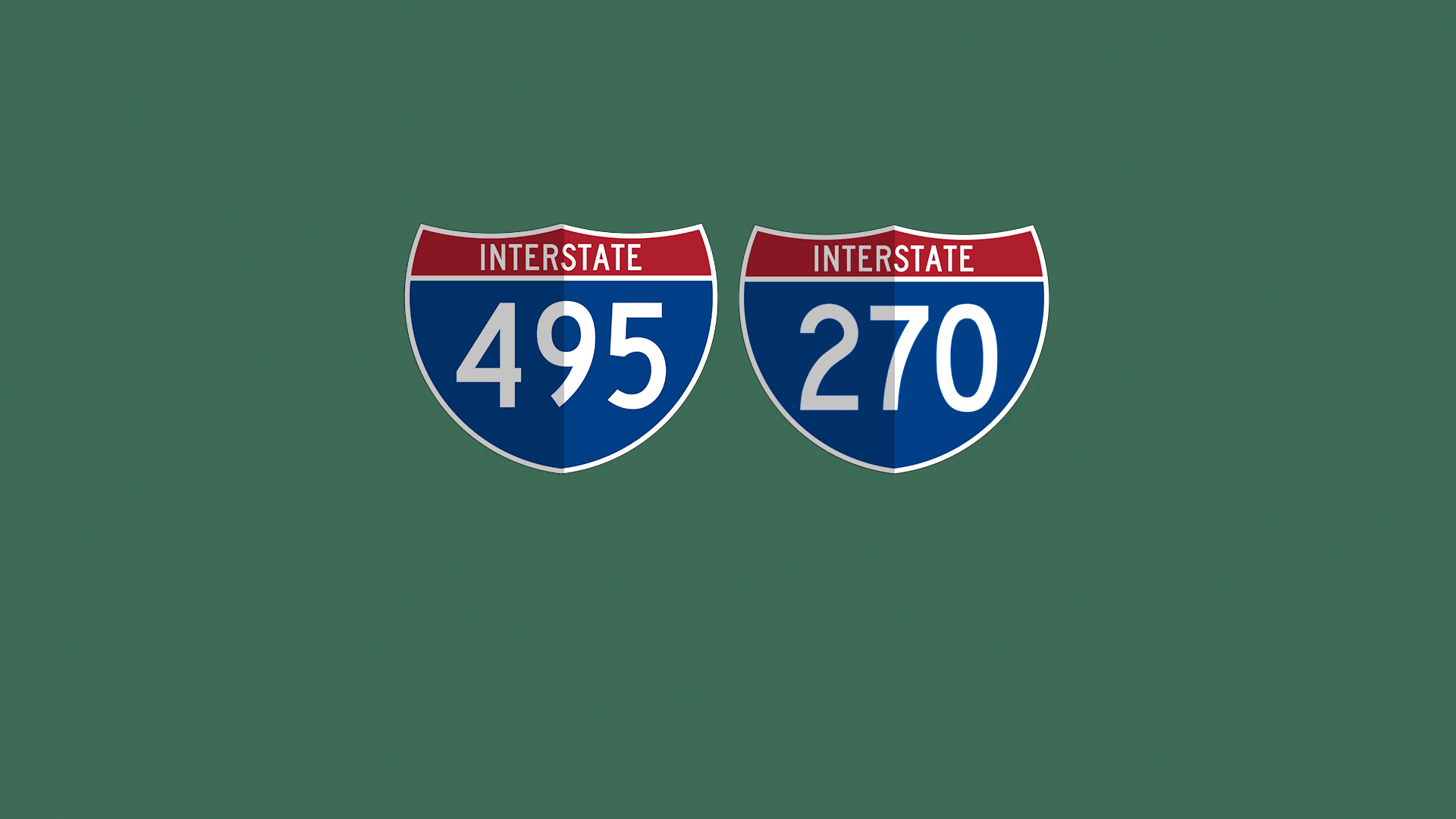 RIVERDALE, MD – The Maryland-National Capital Park and Planning Commission (M-NCPPC) supports the Maryland Department of Transportation’s State Highway Administration (MDOT SHA) decision to phase the I-495 and I-270 Managed Lanes Study. According to the MDOT SHA website, Alternative 9 has been selected only for Phase 1 South – American Legion Bridge up to I-270 to I-370 and east to along I-495 to Old Georgetown Road for transition – as the MDOT Recommended Preferred Alternative (RPA). This focuses solely on building a new American Legion Bridge and delivering two High Occupancy Toll (HOT) managed lanes in each direction on Phase 1 South with no action at this time on I-495 east of Old Georgetown Road on the I-270 eastern spur and the I-495 split.

“As a cooperating agency on the Managed Lanes Study, we are pleased and encouraged by the State’s phased approach. This will allow each segment to be reviewed as the need for improvements to I-495 east of I-270 becomes clearer based on further study,” said M-NCPPC Chairman Elizabeth Hewlett. “Now we can focus on what is proposed and what could be implemented in the near term so that our communities can truly benefit from this plan.”

“It is a huge step in the right direction now that this project has been phased,” said M-NCPPC Vice-Chair Casey Anderson. “We are going to want to work through the details, especially as it relates to funds for transit and minimizing impacts to parkland and we will also look to our elected officials for input on the issues they consider important.”

As a major landowner of parkland and historic resources in Montgomery and Prince George’s Counties and as the state-chartered land-use authority in the bi-county region, the Commission is also pleased that environmental justice concerns have been heard and that there will be a supplemental Draft Environmental Impact Statement to better address environmental justice, air quality and transportation impacts of COVID, among other issues.

Next steps include working closely with MDOT to review the options for including meaningful transit along I-270 and the American Legion Bridge and providing guidance and feedback on the environmental justice issues.

The I-495 and I-270 Managed Lanes Study was initiated by MDOT along I-495 (Capital Beltway), as well as along I-270 (Dwight D. Eisenhower Memorial Highway). Managed lanes consist of a highway facility or set of lanes where operating strategies are used to control the number of vehicles using the lanes at any given time. Any selected build alternative is likely to have significant impacts on parkland and the associated facilities, programs and natural and cultural resources in both Montgomery and Prince George’s Counties as well as on communities in those counties. Learn more about the MDOT SHA Managed Lanes Study. M-NCPPC’s project coordinators for the Managed Lanes Study are Carol Rubin for Montgomery County and Debra Borden for Prince George’s County.

About The Maryland-National Capital Park and Planning Commission

The Maryland-National Capital Park and Planning Commission (M-NCPPC) is a bi-county agency empowered by the State of Maryland in 1927 to acquire, develop, maintain, and administer a regional system of parks within Montgomery and Prince George’s Counties, and to provide land use planning for the physical development of Prince George’s and Montgomery Counties. In addition, the agency gained responsibility for the public recreation program in Prince George’s County in 1970.

The governing body of M-NCPPC consists of 10 members, five appointed by Montgomery County and five by Prince George’s County. The commission coordinates and acts on matters of interest to both counties, and meets at least once a month. The members of the commission from each county serve on separate county planning boards to facilitate, review, and administer the matters affecting their respective counties.